Together the town has brought in a whopping £62,700, four grand up on last year’s final total.

Now the 36-year-old, who was recently named one of the UK’s Points of Light, has received further recognition with a royal invite to a garden party at Buckingham Palace.

But for Sian, who took up the role in her late father Ian Cameron’s memory, it has never been about the recognition.

She said: “You don’t think about any of this when you get involved, you just want to do your bit to help.

“Of course it is nice, but if all of this went away there would still be the Poppy Appeal and all the work still to be done.”

Sian is always first to point out that their fundraising success comes down to a whole team of people, friends, family, volunteers, and of course every single person who buys a poppy.

“There is nothing quite like the camaraderie that comes from working on the stalls, talking to the public and finding out why it is so important to them.

“It is overwhelming how generous people are, they would give their last penny for this worthy cause.”

Excited to have received her royal invite Sian, who is centre support manager at NETA Training Group, said: “It’s not something I have ever considered before, but I am looking forward to it.

“I think it is all the pomp and ceremony that goes with it and the fact it is such a British institution. It will be nice to take in the atmosphere.

“I am over the moon and honoured.”

Stunned to have yet again been able to help the town to top its Poppy Appeal total, Sian said: “It is a bit surreal really. It’s unbelievable. When times are hard for people it is fantastic that they continue to be so supportive of the charity and the work that it does.”

Of course she added the pressure is now on to see if they can do it again this year! 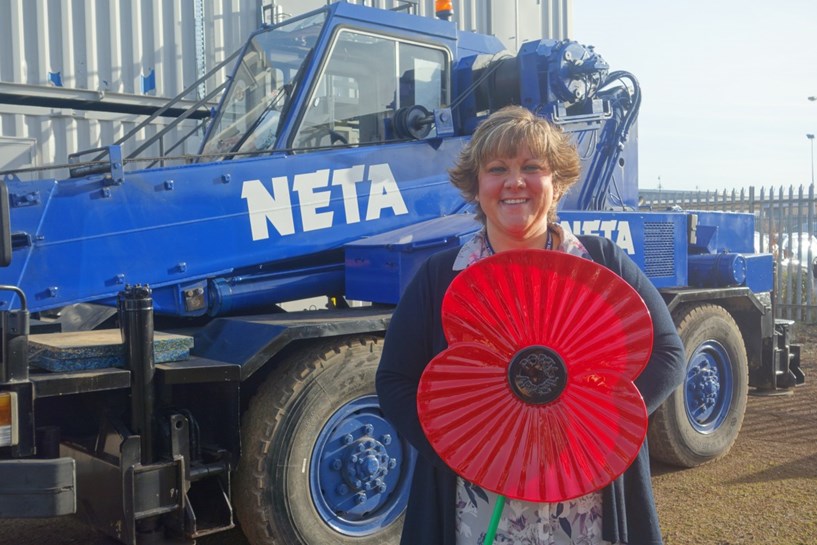