Next stop is the grand final

As Apprenticeship Champion for the North East it is clear that Dave Thompson knows a thing or two about the real value of apprenticeships.

He has been singing their praises since he started out as a fresh faced apprentice of just 16.

It seems rather fitting then, that in this, the 40th anniversary of starting his own apprenticeship, the Normanby dad-of-two finds himself in the running for a national title.

Having supported hundreds of apprentices throughout his career, Dave is headed to the grand final of the National Apprenticeships Awards in London.

“From my own experience I know that apprenticeships are a great way to start a career,” he said. “It is a great foundation block for anyone wanting to progress.”

The strategic business development co-ordinator at NETA Training in Stockton started his own career as an indentured instrumentation and control apprentice in the steel industry in Consett. Transferred to Redcar to complete his training, Dave has lived in Teesside ever since.

Going on to work in a variety of engineering-related roles and progressing through the ranks he eventually moved into management and training. With its own 43-year history of training engineering and construction apprentices in Stockton, NETA Training is where Dave now spends his working days.

Astounded to be named Apprenticeship Champion for the North East at the National Apprenticeship Awards in September, next week Dave will head to the national finals in London.

“I was delighted to win the North-east award in what is my 40 year anniversary since I started my apprenticeship, but also the fact that 2018 is the year of engineering,” he said.

“To even be in the running for national award is an honour and here at NETA Training everyone has their fingers crossed that we can bring the award to Stockton.”

NETA Training’s managing director Phil Blewitt said: “The regional award is recognition for all of the hard work, dedication and passion Dave has shown over the past 40 years in promoting, developing and delivering apprenticeships across our region.

“We wish him the best of luck for the finals next week. The impact he has made in sustaining a pipeline of young talent to help shape and drive the regional economy should not be underestimated.

“As an ex-apprentice himself, Dave is an outstanding ambassador in promoting the benefits of apprenticeships and remains an inspiration to us all.” 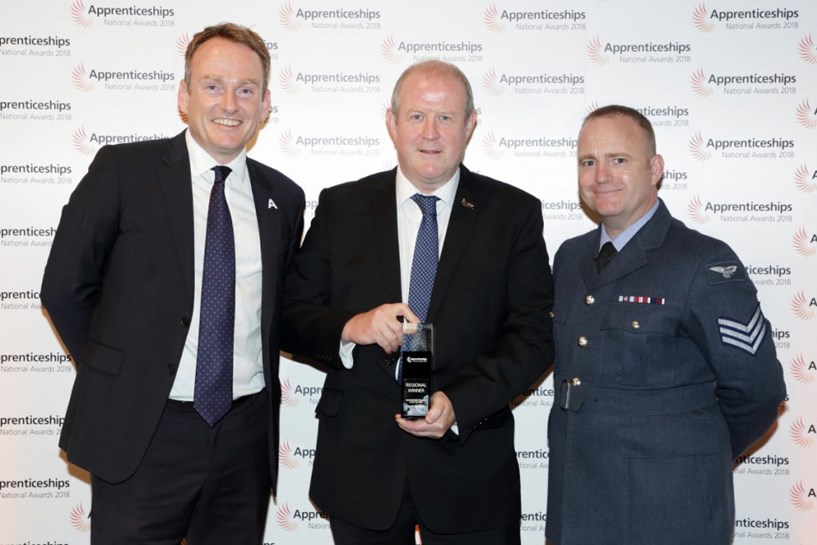